Wendy Mackay is a Research Director at Inria Saclay and leads the Ex-Situ research lab in Human-Computer Interaction, which is joint with the LISN (Université Paris-Saclay, CNRS) Computer Science Research laboratory. Internationally recognized in this discipline, she is a member of the ACM SIGCHI Academy (Association for Computing Machinery - Special Interest Group on Computer-Human Interaction), has an Honorary Doctorate from the University of Aarhus in Denmark, and was named ACM Fellow in January 2020. She also received the Suffrage Science Award from the MRC London Institute of Medical Sciences and is the 2021-2022 Annual Chair for Computer Science, Collège de France. Her ERC Advanced Grant (CREATIV) was awarded for her research on human-computer partnerships and co-adaptive instruments. She has published over 200 peer-reviewed research articles in the area of Human-Computer Interaction. Her current research interests include human-computer partnerships, supporting human creativity, co-adaptive instruments, mixed reality and interactive paper, and multidisciplinary research methods. 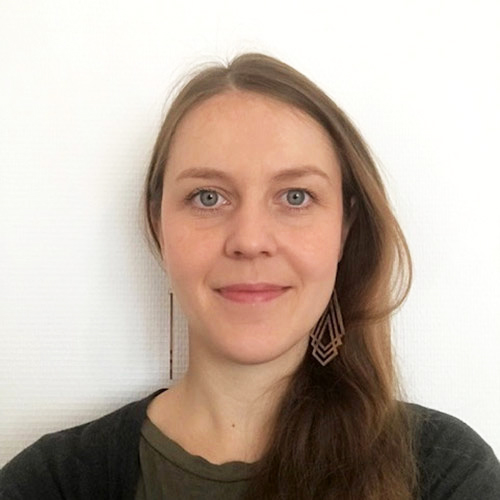 Janin Koch is a postdoctoral researcher at Inria Paris-Saclay in France, working with Prof. Wendy Mackay on human-computer partnership approaches for design practice as part of the European HumanE AI initiative. She holds a PhD from Aalto University in Finland where she was working with Prof. Antti Oulasvirta in the User Interface group, also interned at Autodesk Research. Her main research interest lies in human-AI collaborations for creative tasks. She is particularly interested in how systems can actively participate in the construction and exploration of abstract concepts in design. Her work is published in top-tier HCI venues like ACM CHI, DIS, and CSCW, and bridges research from the fields of HCI, design research, and artificial intelligence. 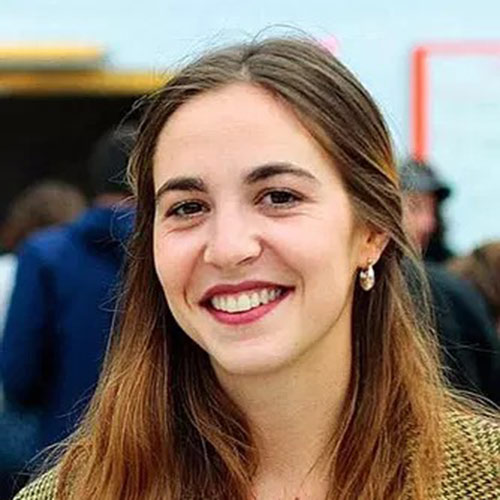 Jeanne Turpault. After a Master 2 in Arts and Contemporary Thought at the University of Paris Diderot, Jeanne Turpault joined the professional Master in Arts and Culture Management at the University of Paris 1 - Panthéon Sorbonne. Under the direction of Romain Tichit, director of the contemporary art fair YIA Art Fair, she is in charge of production for the 2016-2017 edition in Paris, Maastricht and Brussels. She co-founded the association iilim which promotes and supports young contemporary creation in the field of visual arts and sets up digital educational workshops. She joined Societies team in the fall of 2017 to work on the New Patrons program, initiated and supported by the Fondation de France, and takes charge of the Art & Education axis of the association. She develops art commission projects in higher education institutions and elementary schools and implements the actions of the Art & University Experience Office. 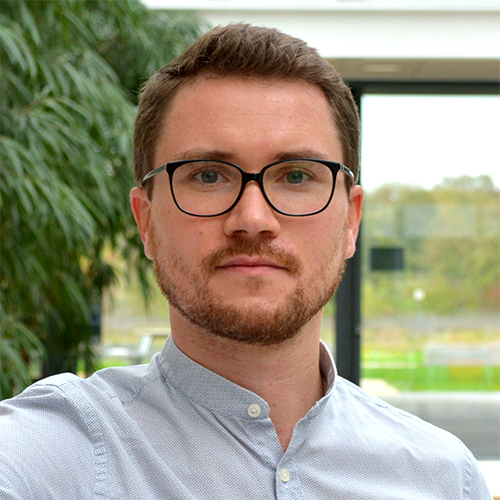 Benoît Monegier du Sorbier worked for several years in the pharmaceutical industry where he held multiple communication positions, from public affairs to digital communication and press relations. Three years ago, he joined an endowment fund whose mission is to finance medical research projects through crowdfunding, as head of partnerships, before creating his own communication consulting business in the health and research sectors. He is now in charge of communications and external relations for the DATAIA Institute. 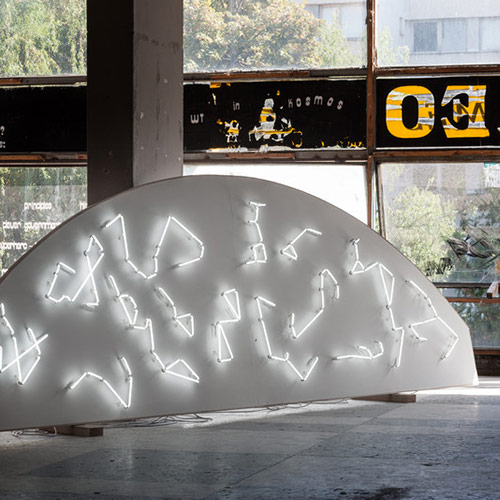 Maxime Bondu lives and works near Geneva. Born in the Parisian area in 1985, he begins his studies in Art History and Archeology at the university of Marne la vallée and then enters the Fine Art school of Brest where he graduates in 2009. Represented by Jérôme Poggi Gallery, his work has been shown in many institutions, galleries and artist runs spaces. He works is focus on the notion of Information, read from the past or projected in future and his practice is made of multiple case studies. A short subject list of his works would include, for example, an abandoned cinema, chromatic experiments, the conquest of space and ideologies of progress (The Color of the Cosmos), the World Chess Championship 1972, research on telekinesis and the Cold War (The Remote Viewer), artificial intelligence (The Deep War)… Also into community experiments and collective projects, he set up a regular camp site in an old quarry on the Loire valley (Dampierre, FR), and draw, built and develops collectively Bermuda, a mutualized space for research and production at Sergy (FR). Since 2019 he is teaching architecture studio at Alice, EPFL (CH) 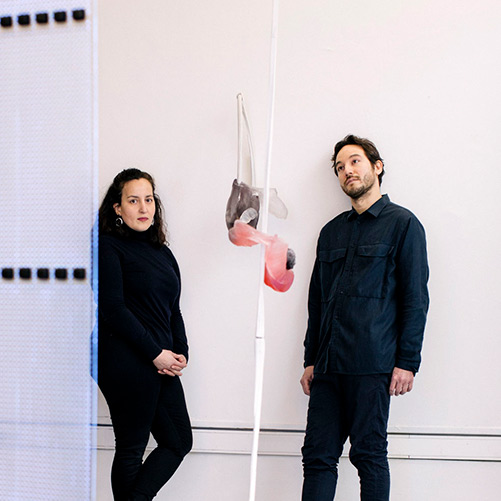 Christophe Lemaitre Christophe Lemaitre is an artist, editor and teacher. With Rémi Parcollet and Aurélien Mole, he co-edits the magazine Postdocument. In the early 2010s, he had several solo exhibitions at the Parc Saint Léger (Pougues-les-Eaux), at the Zoo Gallery (Florida), at Shanaynay (Paris), while he was undertaking a residence at the Jan van Eyck Academie (Maastricht). Christophe Lemaitre has participated in several group exhibitions, including High Art (Paris) and Placement Produit (Aubervilliers). In 2017 and 2018, DOC (Paris) and the Confort Moderne (Poitiers) hosted his two major solo exhibitions to date. Christophe Lemaitre collaborates on various long-term projects with the Cneai (national center for printed arts) and the Macval. He is also the author of "La vie et la mort des œuvres d'art" / Life and death of artworks and "Deux pierres retrouvées d'Amedeo Modigliani" / Two stones found by Amedeo Modigliani, (Tombolo Press). Christophe Lemaitre is currently in charge of the Studio Arts Plastiques at Ensci (Paris), and co-directs the Master's degree in Graphic Design at the Fonderie de l'Image (Bagnolet). He also teaches at the École Nationale Supérieure des Beaux-Arts de Paris.